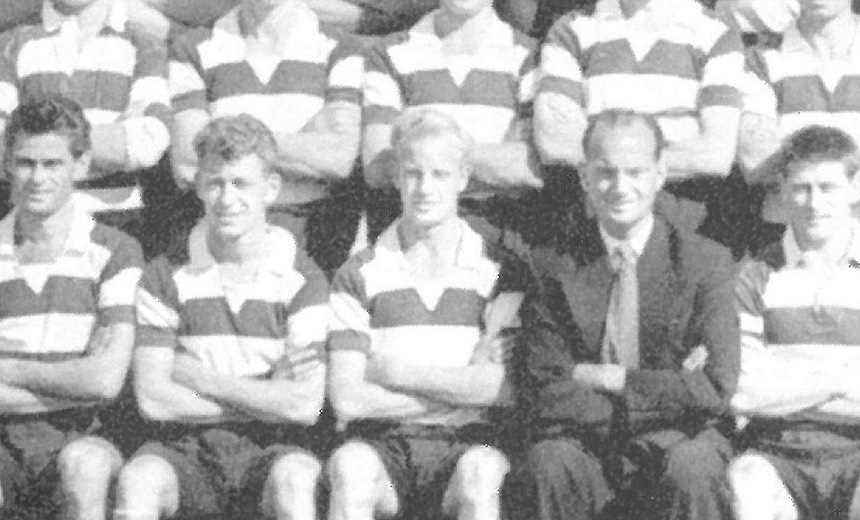 Former Reading FC inside right Jimmy Whitehouse has died at the age of 87.

Born in West Bromwich, Jimmy joined his local club, then in Division One, straight fom school, but left the Baggies without making a first team appearance, before signing for Reading for a reported fee of £250 on 17 July 1956.

He was one of the best signings made by long serving manager Harry Johnston. A regular in the Reading team which finished in the top half of the Division Three table, without ever making a serious bid for promotion, he completed a total of 227 first team appearances in all competitions, and scored 67 goals. The majority of this appeaarances were made wearing the number 8 or number 10 shirt when teams fielded a five-man forward line. His only honour gained with Reading was a runners-up medal in the final of the 1957-58 Southern Professional Floodlit Cup.

A gifted creator of goals as well as a regular scorer, he was surprisingly allowed to leave Reading after six years loyal service in August 1962 on a free transfer. He joined Jimmy Hill’s Sky Blue revolution at Coventry City, scored twice in a 2-2 draw against Reading at Elm Park in January 1964, and that season helped Coventry become Division Three champions.

After 58 first team games and 19 goals, Jimmy Whitehouse left Coventry for a brief stay will Millwall before moving into non-league football with Hillingdon Borough, then Hastings United and Andover.

Thanks for the memories, Jimmy.